A Pruning Guide for Wisterias 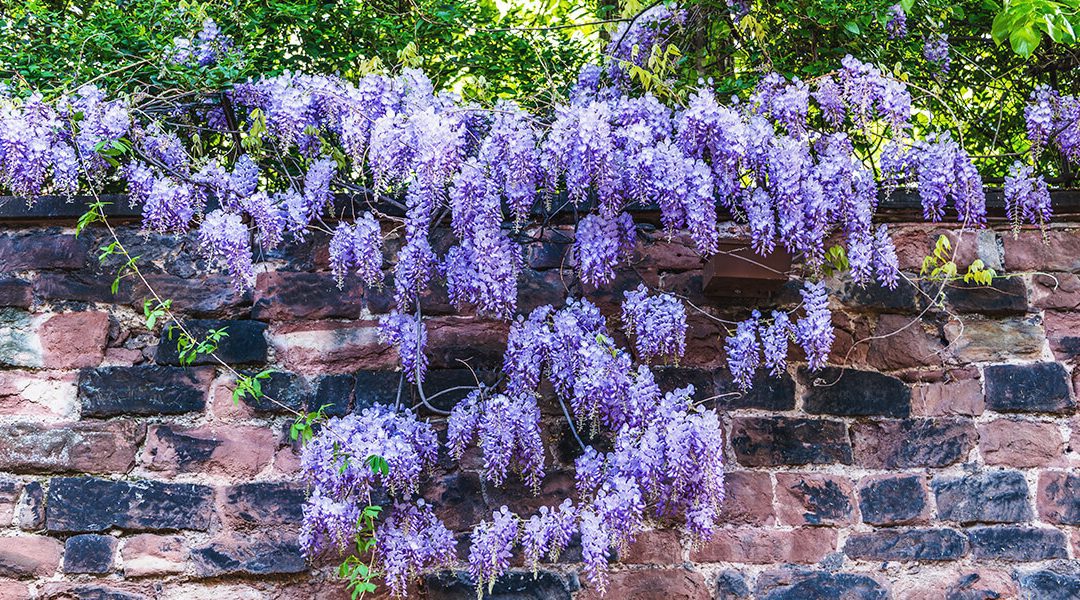 It’s easy to be enraptured by the lilac blossoms of a wisteria, but these flowering vines are such vigorous growers that they can spread out of control. They’re known to choke out trees and damage buildings, but that shouldn’t stop us from growing them. Regular pruning can keep them in shape, while allowing us to drink in the beauty of their fragrant flowers. 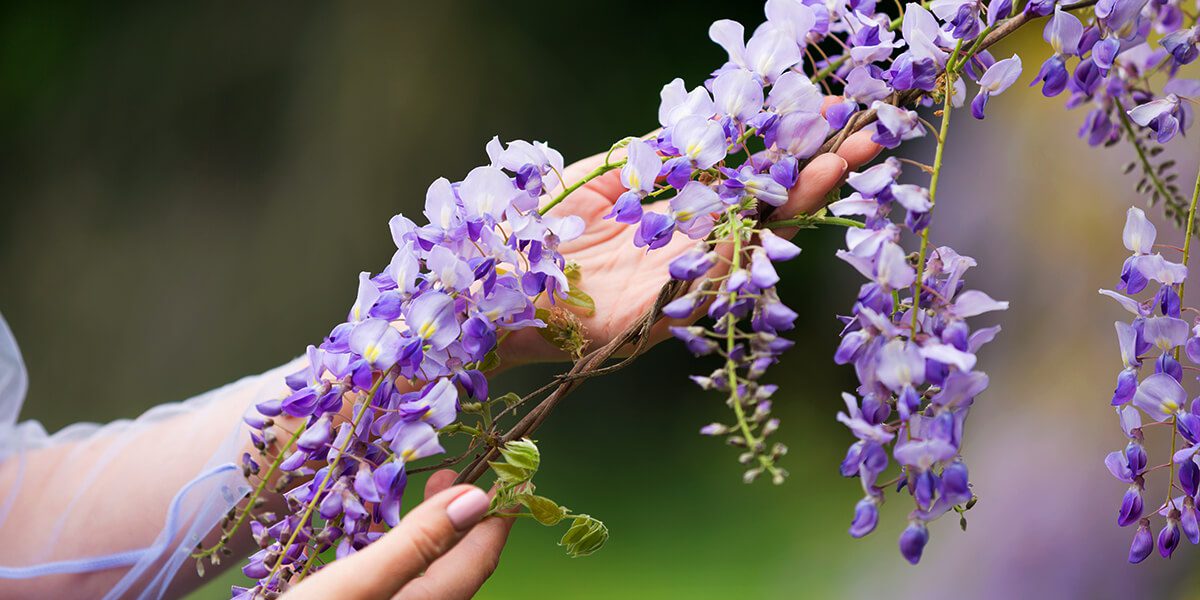 The most successful way to keep a wisteria from spreading out of control is to prune it twice per year. The first pruning should happen after the flowers fade in early to mid-summer, and when the shoots of this year’s growth start to look unruly. The aim is to keep new growth close to the main vine and clear away unwanted shoots or suckers, as follows:

Since flowers form on one-year-old growth, this system of pruning not only maintains a tightly-shaped vine, but also allows the flowers to be visible the following year. 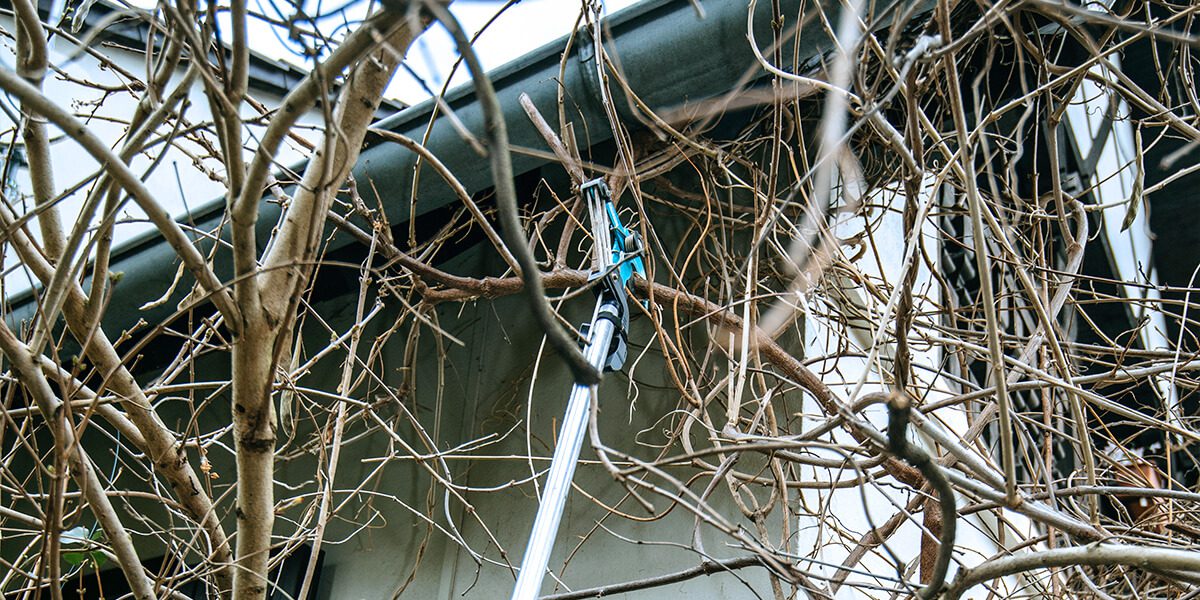 Even after pruning in early summer, a wisteria can still stretch its limbs a good distance in the remaining growing months. To keep it from sprawling out of control, it’s good to prune it again in late winter. Without the leaves, it’s easy to see which branches are essential to the main vine, and to remove unwanted growth, as follows: 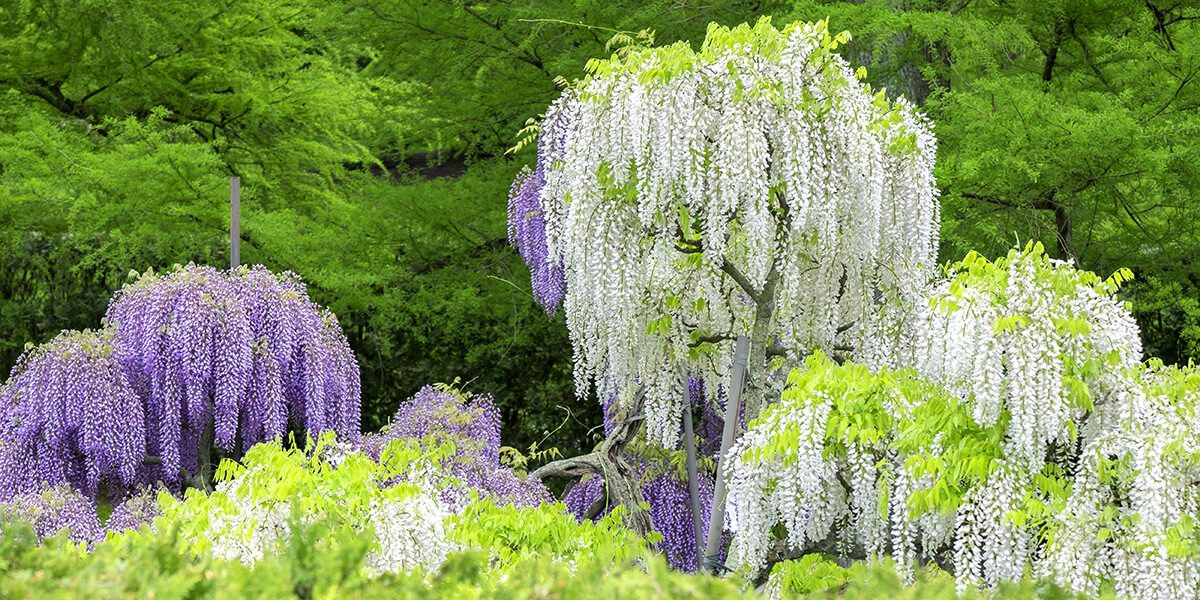 If you follow the advice above, your wisteria will have a tidy and civilized look. If you’re aiming for a wilder style, but still want it under control, just remember to prune out half of the growth each winter. And keep in mind that trimming the branches down to 2-3 buds spurs the biggest, most visible flowers the following spring. After flowering, you can touch up the vine with more pruning as needed. 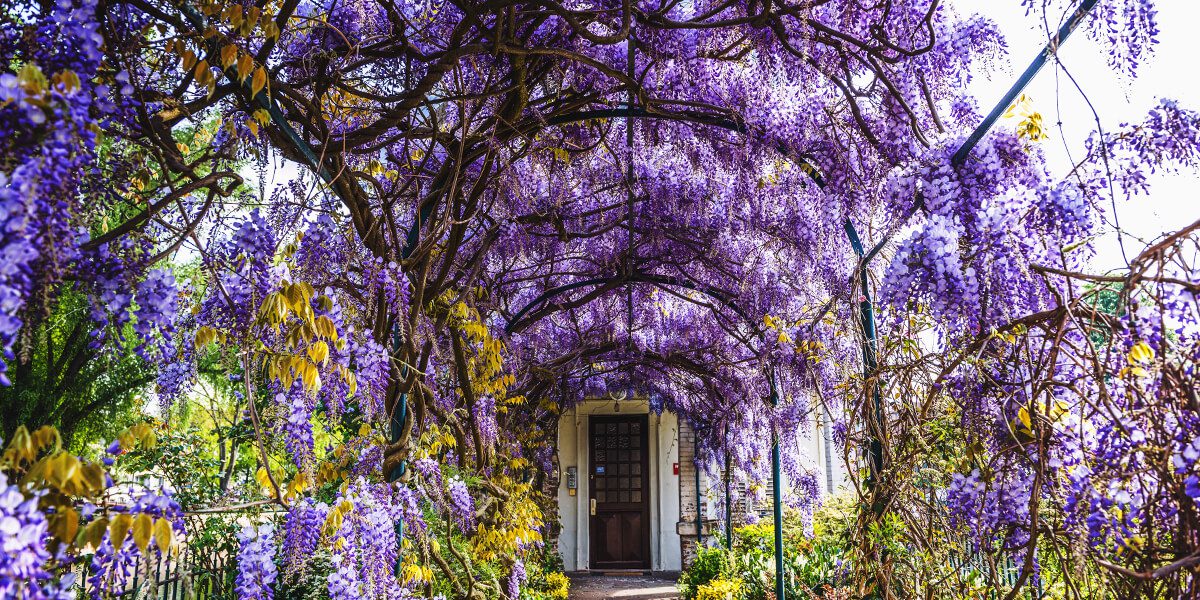 How to Train a Wisteria

The most successful way to keep a wisteria from spreading out of control is to prune it twice per year.

When they’re not growing wildly out of control, wisterias can form beautiful archways across a pergola and make great privacy screens. The first step to training them is to ensure your structure is made of sturdy wood or metal, as wisterias are known to crush flimsy supports. When you’re training a new vine, select 2-3 young shoots to twine around each other up the pole. As they age, the twisted and gnarled trunks will become a main source of interest. Tie them close to the structure as they grow, but remove the twine once they can support themselves. 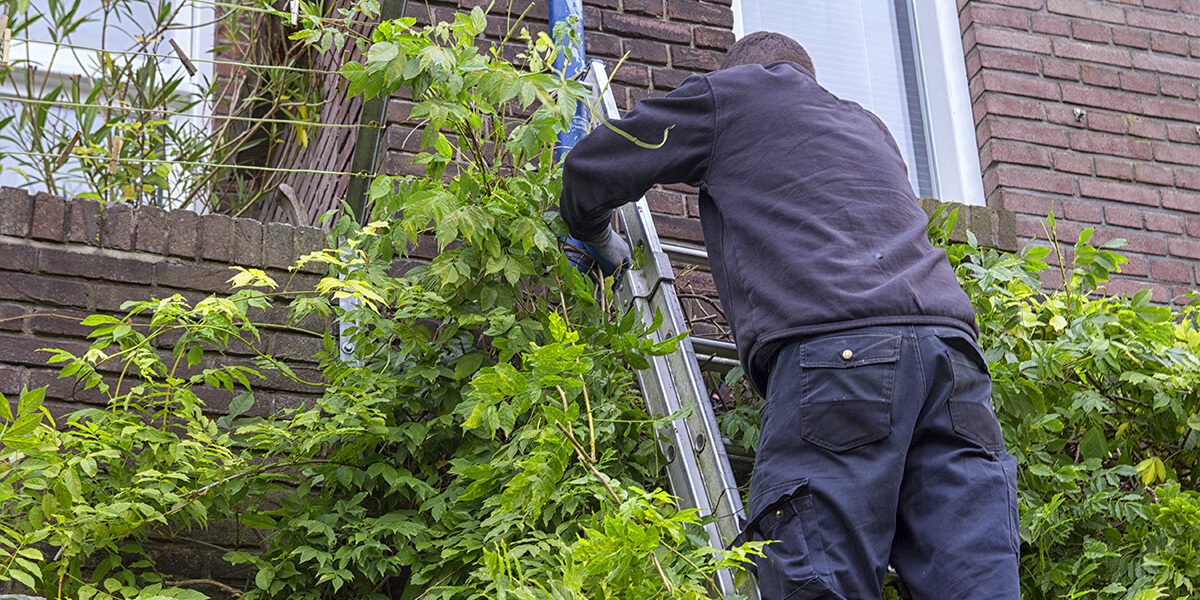 How Do You Deal with an Overgrown Wisteria?

When you let a wisteria grow out of control, you’re often left with a tangle of dead and misshapen branches that may or may not bloom. Restoring a wisteria into a blooming vine with a manageable size may take up to a year of cutting and pruning. Here are the steps to follow:

Once your wisteria is back in shape, keep pruning it twice per year in the size you desire. With regular pruning, you’ll not only keep your wisteria from spreading out of control, but will enjoy the most blossoms each spring as well!

For more advice on keeping plants under control, or to talk to any of our gardening experts, come out to our nurseries in Bloomingdale and Carpentersville!