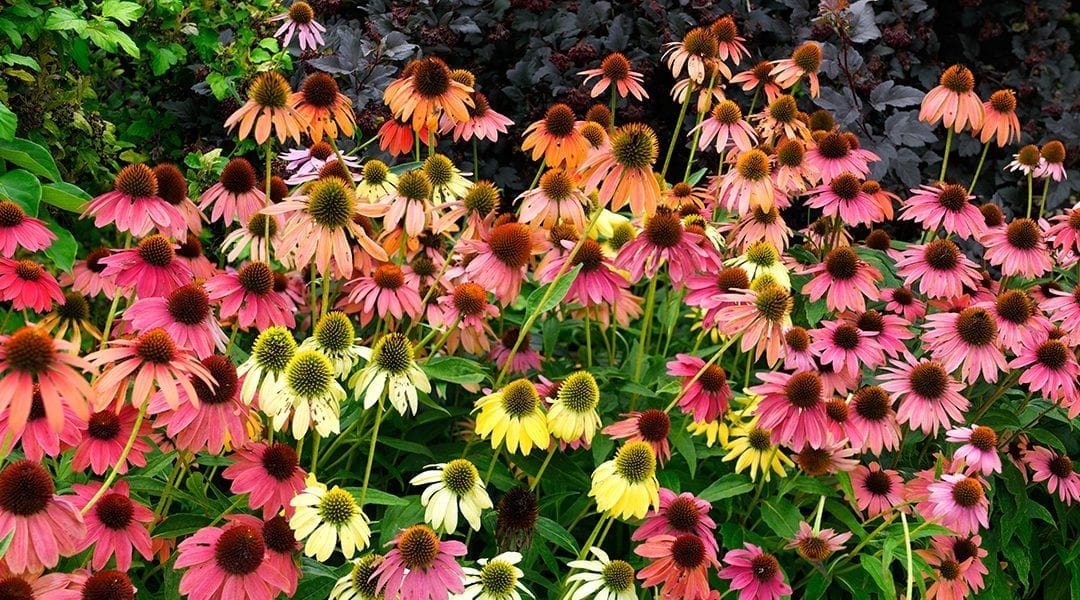 In between the riot of springtime and the majesty of fall, there is a whole season of late-blooming flowers that color your garden as the summer turns golden. These perennials have waited months as other flowers bloomed. They’re like the students who didn’t know what to do after graduating. We thought they were lost, but it turns out they knew what they were doing all along. Now it’s their time to give their beauty to the world!

Hungry pollinators will thank you for planting this shimmering smorgasbord for the senses. Not content with a single color, this flower reveals a collage of pink, purple, and yellow blossoms with scarlet and vermillion undertones. Each one has a pollen-rich head with loads of personality, like miniature sunflowers. They do well in naturalized gardens, along border edges, in rock gardens, and mass plantings. After they quiet down in the autumn, their seed heads attract birds all winter. 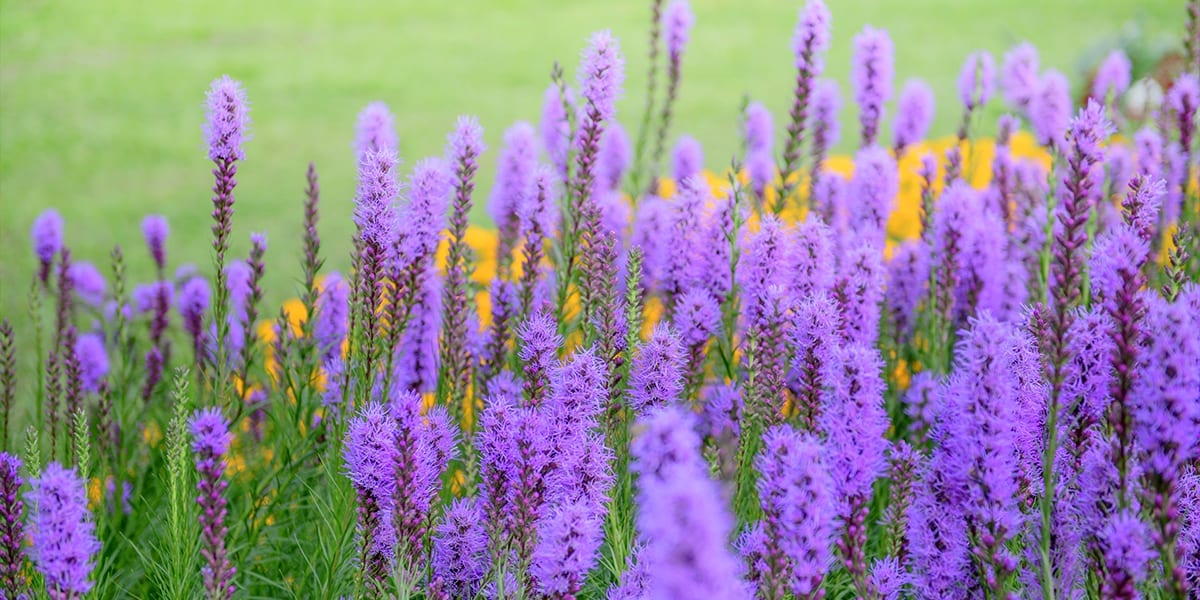 Also known as blazing stars, these native flowers of Illinois bloom with feathery spikes of bright purple or white that rise up to three feet in the sky. They’ll turn your garden into a paradise of happy pollinators, and thrive on almost utter neglect, blooming all the way into early fall. Mass plantings are the best way to show off these stunning wildflowers. 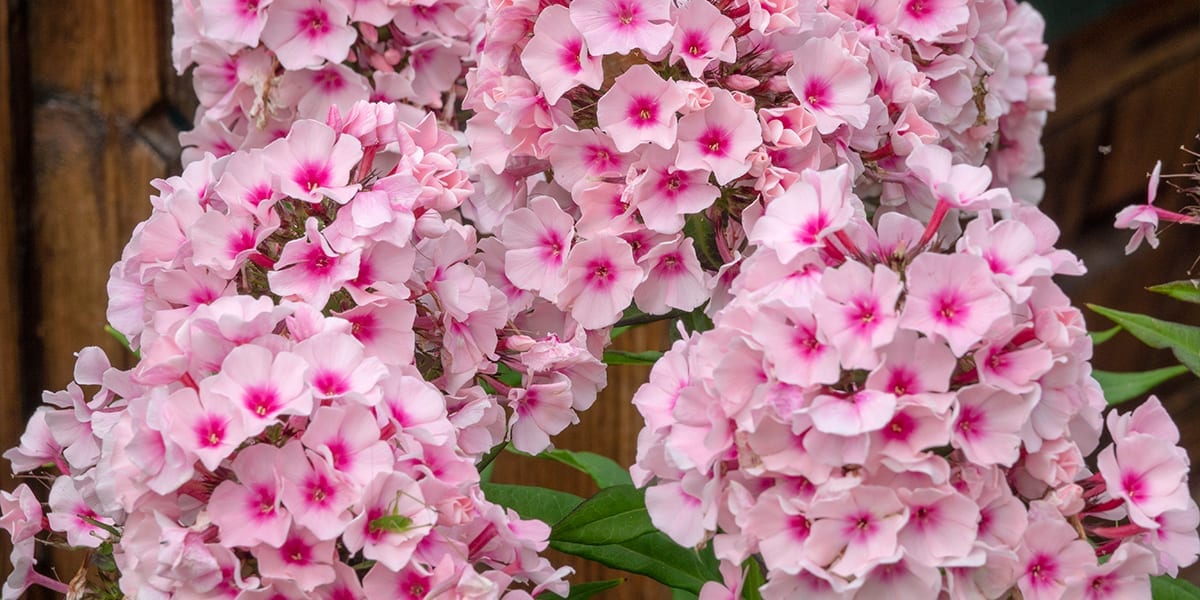 This perennial’s name means flame in greek, the five petal flowers are packed into clusters blooming from July through September. Varieties displays huge panicles of flowers like the crown of a hydrangea. Phlox provide color during the heat of summer while attracting butterflies, bees and hummingbirds to your garden. No summer garden is complete without the joyful blooms of this perennial.

This perennial grass shines in late summer as the green blades burn red, and the seed heads blossom with feathery pink fuzz. Its tremendous stalks rise four to six feet in height, dancing in the wind and complimenting the bright blossoms of other late-bloomers. This native of the midwest thrives in heat and drought, and adds a strong personality to any garden border, container, or privacy screen. 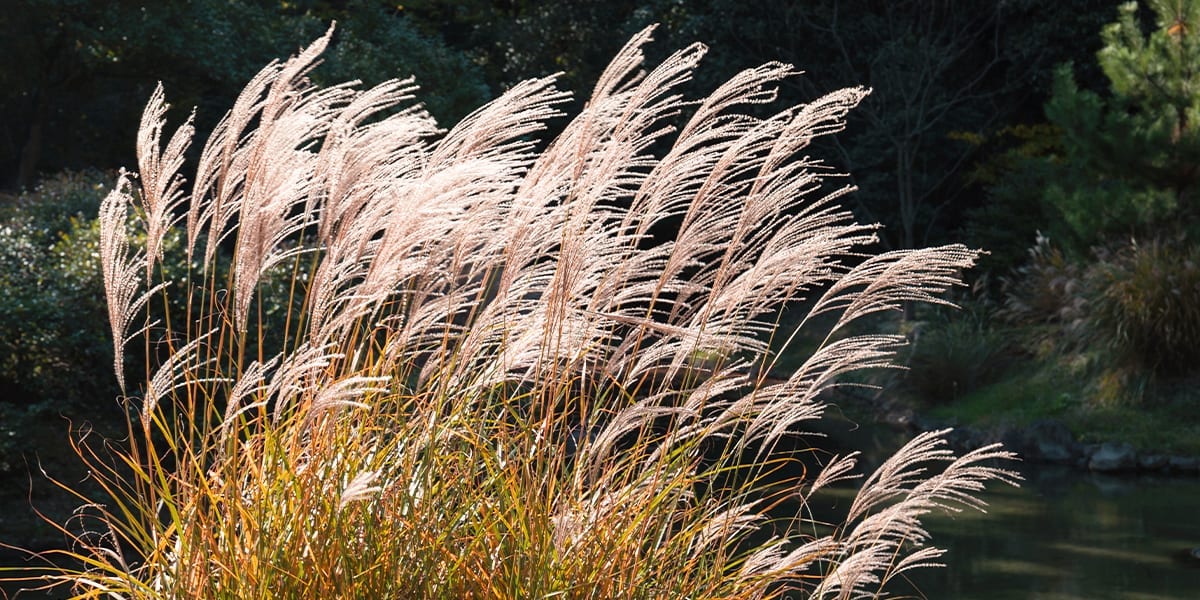 This grass transforms into a mosaic of color late in the season with deep burgundy stalks and feathery beige seed heads. If you ever thought grass was boring, this one will surely change your mind. The brilliant color contrast is as alluring as any traditional flower, but with the added drama and texture of its windy blades. The flower plumes rise upwards of six feet tall, lending winter interest to the garden far beyond the end of summer.

A garden holds beauty in every season, and the late summer may be the most radiant of all. We’re here to help you make the most of every blooming time. Our garden centers in Bloomingdale and Carpentersville are fully stocked with perennials that will flourish now and every late-summer to come!